For the fourth year in a row, Never55 Productions will be putting on the KannonBALL Fun Rally!

The KannonBALL is the brain child of Tyler Christopherson, the creator of Minnesota Cars and Coffee (the largest monthly car show in the country) who wanted a way to raise money for his daughter's school, Northern Voices. Northern Voices (https://www.northernvoices.org/) is an incredibly unique school in Roseville, Minnesota that teaches deaf children how to use their cochlear implants. This school takes zero dollars from government agencies and instead relies exclusively on donations and tuition dollars to support their mission. With this noble mission in mind and Tyler's childhood love of The Cannonball Run movie, the KannonBALL Fun Rally was born.

Our first year was modest with just a few hard core car enthusiasts willing to take a chance on this crazy event. Every year since has grown and last year [2017] we had over 125 teams participating.

Not only has the KannonBALL grown and sold out for 2 consecutive years but our brand has expanded to included year round, car-centric events including;

The Kannonball Kruise -- our annual cruise for rally participants leaving from the March Cars and Coffee and ending with lunch at a local restaurant.

The KannonFALL Rally -- Started officially in October, 2017 and rallying from the Twin Cities to the North Shore of Minnesota. This rally maintains our charitable roots and raised money for the National Center for Missing and Exploited Children.

KannonBALL Holiday Lights Kruise - Started in December, 2016 as a way for car people to shake off their winter blues and have a little fun decorating their cars with holiday lights. In 2017, we added a Holidazzle Style parade past the University of Minnesota Masonic Children's Hospital for the children along with three car loads of donations for the hospital to distribute to children who would not otherwise get a holiday gift.

CactusBALL Rally - 2018 saw the addition of the first out of state rally with CactusBALL rallying from Scottsdale, Arizona to Las Vegas, Nevada over a weekend in January. This rally also works to raise money for the National Center for Missing and Exploited Children. We had so much fun, we have already planned on returning for another year, in 2019!

We are car enthusiasts who enjoy connecting with others who share our passion and while KannonBALL continues to grow, we keep charity and helping our community at the center of all that we do. 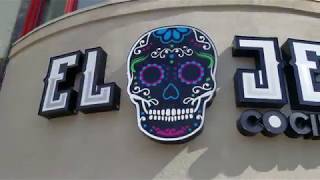